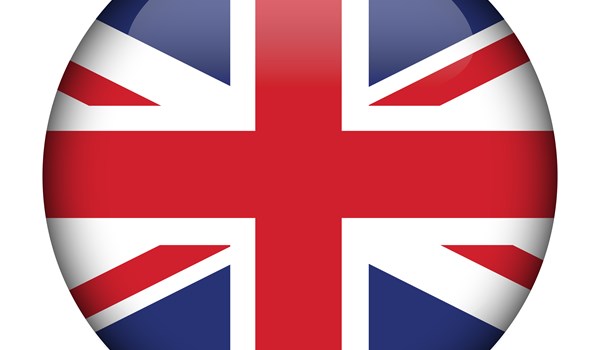 As published on todaysconveyancer.co.uk, Wednesday 9 March, 2022.

The government has announced amendments to the Economic Crime (Transparency and Enforcement) Bill in an effort to “crack down on corrupt elites and ramp up pressure on Putin’s regime”. This comes as the Law Society announced its support for the Bill on Monday, offering their help in making it as effective as possible.

The Bill, designed to tackle Russian “dirty money” being laundered through the UK property market, will create a register upon which all foreign owners of UK property must declare their true beneficial ownership and verify their identity with Companies House.

The Solicitors Regulations Authority (SRA), Council for Licensed Conveyancers (CLC) and Financial Conduct Authority (FCA) have all issued guidance for solicitors insofar as dealing with Russian entities in light of the current sanctions, with the SRA updating their guidance as recently as Monday.

It is hopes that this Bill will make it easier for solicitors to know who they are dealing with when conducting transactions and anti-money laundering (AML) checks, thus helping them to comply with the sanctions and their responsibilities, and to avoid the associated risks.

Prime Minister Boris Johnson hopes the amendments will allow the government to move “faster and harder” with its sanctions on those individuals and businesses with ties to the Kremlin. The new provisions aim to allow the UK to “align more rapidly with the individual designations imposed by our allies such as the US, Canada and the EU via an urgent designation procedure”.

The test of “appropriateness” for designations will also be removed, further allowing the government to act in a more decisive manner.

Amendments to shorten the deadline for overseas companies to register their beneficial owner from 18 months down to six have also been introduced. The government hopes this will “help crack down on money laundering through UK property”, adding that it will “give people who hold their property in overseas entities for legitimate reasons appropriate time to comply with the new requirements”.

Criminal penalties for non-compliance have also been increased from up to £500 per day to up to £2,500 per day. Other penalties include prison sentences of up to five years and greater financial penalties.

“Our message to Putin and his cronies has been clear from day one – invading Ukraine would have serious and crippling consequences. We have been true to our word, introducing the largest and strongest sanctions package in our history, but we are not stopping here.

The changes we are making will allow us to go faster and harder on those closest to Putin, including oligarchs, as we continue to ratchet pressure in the face of illegal and unprovoked Russian aggression.”

An amendment committing the government to publish an annual report on the use of Unexplained Wealth Orders (UWOs) will also be brought forward.

The Bill has been met with a positive response, and this continued on Monday as the Law Society offered its strong support, offering to “play their part in tightening loopholes in the government’s new Economic Crime Bill” in an effort to improve transparency and uncover potential criminal activity.

“We welcome the introduction of the Economic Crime Bill and support the government’s aim to improve transparency of property ownership in the UK and the creation of a new register for overseas entities.”

Boyce continued, suggesting that the implementation of the Bill will be pivotal to its success:

“We support the Bill‘s aim to uncover potential criminality in a way that minimises any unnecessary burden on legitimate commercial activity, though whether it is successful will depend on how it is implemented.

For it to succeed, businesses must be supported in understanding how the powers within it can be used.”

The Law Society President also highlighted that the Bill “can be stronger”, offering the Society’s support in helping to make it as effective as possible:

“We do, however, believe the Bill can be stronger. We have identified several possible unforeseen challenges in the draft legislation, which could lead to bad actors exploiting potential loopholes in land, property and company ownership.

The Law Society is keen to offer its expertise to help strengthen the Bill and remove any potential loopholes that might be exploited by unscrupulous actors.”

Registers of beneficial interest are not an entirely new concept in the UK, which has or intends to have registers for three different types of assets: companies, properties and land, and trusts. The register for beneficial ownership of companies – the People with Significant Control register – has been accessible to the public since 2016, though concerns have reportedly been raised regarding its accuracy. The register for beneficiaries of trusts was introduced in 2017, but is not yet available to the public.

The government has long had plans to launch a public beneficial ownership register for UK property – it has been floated since 2016 and was included in the 2019 Queen’s Speech. The Economic Crime Bill will not only help the government tackle Russian “dirty money”, but will also provide transparency and play an important role in the fight against corruption, tax evasion and money laundering on a wider scale.

The Financial Action Task Force (FATF), of which the UK is a member, have announced similar requirements for their member nations, formally amending its Recommendation 24 after a two-year consultation process. This will require member countries to collect information on beneficial ownership and make it publicly available.

According to the FATF, its recent evaluations of several jurisdictions show “a generally insufficient level of effectiveness in combating the misuse of legal persons for money laundering and terrorist financing globally”. They say the new rules will “significantly strengthen the requirements for beneficial ownership transparency globally, while retaining a degree of flexibility for individual countries to go further in refining individual regimes”.

Other measures included within their recommendation include obtaining information held by regulators, stock exchanges, regulated financial institutions, and professionals. They have also introduced stricter regulations and transparency requirements for bearer shares and nominee arrangements.

The FATF’s move has been welcomed by Transparency International, who say the stronger standard “comes at a critical time” as the world responds to Russia’s invasion of Ukraine. In a similar vein to the Law Society’s comments on the Economic Crime Bill, however, Transparency have questioned the vagueness of the FATF’s amendments’ wording, calling on the Task Force to go further to ensure accuracy.

“The international community is waking up to the urgent need to counter kleptocracy much more vigorously than ever before. If countries had created beneficial ownership registers years ago – when many governments promised to do so – Russian kleptocrats would have had a much harder time moving their dirty money across borders.

Company ownership information will be critical in tracking the assets of kleptocrats now facing sanctions. Transparency International will continue to advocate to close the remaining gaps, but if countries can quickly implement the new standard, the world will have a much better chance to crack down on dirty money from Russia and around the world.”