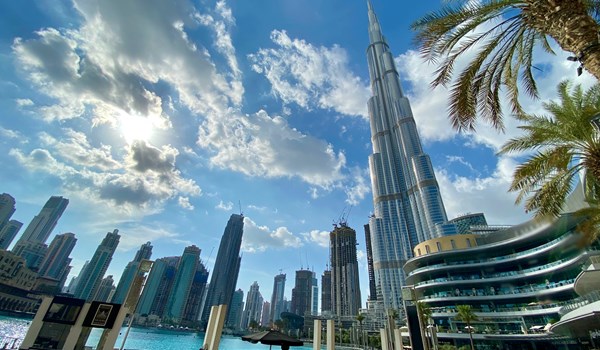 Since the onset of COVID-19, wealth inequality has considerably increased in the Arab region, with the richest 10% of the population controlling more than 80% of total regional wealth. The region now has more – and richer – millionaires whose average wealth has increased by 20 per cent since 2019, while the bottom half of the population saw its wealth diminished by one third. These are some of the key findings of a new policy brief on “Rising wealth inequality in the Arab region amid COVID-19”, published today by the United Nations Economic and Social Commission for Western Asia (ESCWA).

As a result, 6 Arab countries (Bahrain, the United Arab Emirates, Yemen, Saudi Arabia, Oman and Kuwait) were among the top 20 most unequal countries worldwide, the brief notes. By comparison, in 2019, there were only 2 Arab countries in that list.

“The results reported in this brief present a worrying picture of wealth distribution in the Arab region. Trends witnessed during the pandemic have exacerbated inequality. The burden of the pandemic has been largely carried by the poor,” ESCWA Executive Secretary Rola Dashti warned.

One of the reasons behind the concentration of wealth is that most tax reforms across the region tend to burden the poor and the middle class more than the richest segments of population, as they do not take wealth into consideration.

“The sheer degree of concentration of the region’s wealth in the hands of just a few percent of its population should by itself be a wake-up call for renewed regional and national policy dialogues on inclusive growth strategies, and for bold policy action,” Dashti stressed.

The brief highlights that social protection remains crucial towards mitigating inequality. During crises and in the absence of adequate or effective social protection policies, the rich can retain their assets whereas the poor resort to selling them to support their consumption. This calls for revising fiscal support systems to mitigate rises in poverty and minimize the disproportionate impacts on the different population segments.

The brief also recommends that tax authorities implement inspection and enforcement mechanisms to be able to fund pro-poor policies. A key entry point is to require all individuals to file tax returns capturing estimates of taxable wealth. It is equally important to introduce progressive fiscal policy schemes whose success is contingent on institutional effectiveness and sound accountability frameworks.

The new policy brief is part of a series of impact assessments of COVID-19 undertaken by ESCWA to support Arab Governments in joining efforts to mitigate the effects of the pandemic and to build forward better. In one of these studies entitled “A solidarity tax to address the impact of COVID-19 on poverty on the Arab region“, ESCWA had considered that a 1.2% solidarity wealth tax could lift millions out of poverty in middle-income countries, and Dashti had called for the establishment of a regional social solidarity fund to ensure a rapid response to the COVID-19 pandemic.