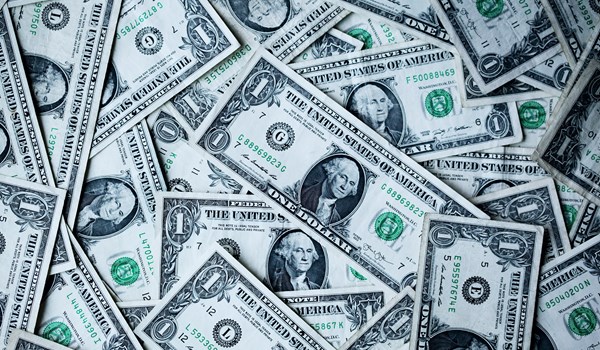 The Internal Revenue Service is conducting significantly less audits as the embattled agency deals with staffing shortages, a lack of congressional funding and backlogs of millions of tax returns.

A government watchdog report found audit rates fell an average of 72% across all income levels from 2010-2019. Audit rates dropped the most for taxpayers with an income of $200,000 and above, as their returns tend to be more complicated and require more manual reviews.

Democrats in Congress used the report as an example of how the tax system favors the wealthy, while Republicans were more focused on the backlog of returns.

The decline in tax code enforcement also brings in less revenue for the federal government.

“The federal government has lost substantial revenue because of the IRS’s diminished enforcement capacity,” said Kathleen Bryant, legal research associate at NYU’s Taw Law Center. “The Treasury Department estimates that the federal government loses about $600 billion each year in taxes owed that are not paid, with the highest-income 1% of filers responsible for over $160 billion in unpaid taxes.”

Wednesday’s report didn’t come as a surprise, as the IRS and tax law experts have said staffing shortages and antiquated technology have made it difficult to conduct audits.

On Tax Day, the IRS issued a plea to Congress to increase its funding to allow it to shore up staffing and replace decades-old software.

Agency leaders have said closing the “tax gap,” or the amount owed but not paid due to lack of enforcement, would create billions in revenue for the government.

Estimates vary on how much revenue an increase in IRS funding would create, but all have found every dollar spent on beefing up the agency would return more than it cost.

“The most important thing to do is to rebuild the IRS, rebuild their enforcement function,” said Samantha Jacoby, senior tax legal analyst at the Center on Budget and Policy Priorities. “They need increased budgets so they can hire and train the auditors that are trained to look at this kind of large-scale tax evasion that happens more (in) the high end of the income distribution.”

Experts say any funding to help rebuild the IRS needs to be implemented over a long-term period so it can make investments with a set budget to work with over time.

“You can't hire people, based on one-year increases in appropriations. It really needs for the long-term budget certainty to make those hires and to rebuild technology,” Jacoby said.

The latest budget request was $80 billion over 10 years, which passed the House in November before getting stalled in the Senate. Regardless of when or how much funding could be sent to the IRS, it would take years to return to 2010 rates of about 16%.

“Even with additional funding, it would take the IRS several years to hire and train enough staff to rebuild from over a decade of enforcement personnel cuts, upgrade outdated IT systems, and make other investments that would enable the agency to improve tax compliance,” Bryant said.

Without the risk of enforcement, more taxpayers and corporations could get away with not paying the proper amount and further erode public faith in the system.

“The tax system is built on voluntary compliance in that this sort of decline in audit rates, it undermines public trust and so basically, it can have a cascading effect if this continues to happen,” Jacoby said. “Rebuilding the IRS is really important to help maintain that voluntary compliance that underlies all the revenue that the government raises.”