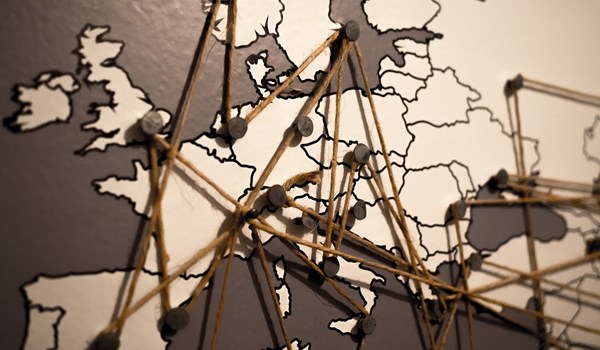 As published on jordannews.jo, Wednesday 30 November, 2022.

The EU on Tuesday announced the discovery of a sophisticated 2.2-billion-euro VAT tax fraud that triggered raids in 14 countries, including France, Germany, Greece, and Spain.

More than 600 people participated in the scheme, “believed to be the biggest VAT carousel fraud ever investigated in the EU”, according to the European Public Prosecutor’s Office (EPPO).

Prosecutors uncovered a network of “criminal activities” operating in almost all 27 EU member states and beyond in Albania, Britain, China, Mauritius, Serbia, Singapore, Switzerland, Turkey, the UAE, and the US.

The probe was launched 18 months ago, when the EPPO was called in to help authorities in Portugal look into what initially appeared to be a small case.

This involved a company located in the medieval Portuguese city of Coimbra selling mobile phones and other electronic devices which was suspected of shirking its payments of value-added tax (VAT).

While a paperwork audit appeared to be in order, the EPPO, backed by Europol and national law enforcement agencies, probed further — and discovered a sprawling, massive fraud scheme.

“Several highly skilled organized crime groups” were involved, “each of which has specific roles in the overall scheme,” the EPPO said.

It stressed the “extraordinary complexity of the chain of companies”, adding that some 9,000 were identified.

Many appeared on the outside to be ordinary suppliers of electronic devices and claimed VAT reimbursements, while others, selling online, funnelled revenues offshore before disappearing.

Still others allegedly laundered the money.

That layered network of companies constituted the “carousel” term applied to the tax fraud, as it operated as a self-contained cycle, like a merry-go-round.

“Working transnationally, almost with an industrial logic, they have been avoiding detection for years,” the EPPO said.

They followed on from searches conducted in October in the Czech Republic, Hungary, Italy, the Netherlands, Slovakia, and Sweden.

The EPP said that “measures” were being taken to recover the damages arising from the scheme.

It added that, according to Europol estimates, VAT carousel fraud was the most profitable crime in the EU, diverting around 50 billion euros meant for state coffers annually.

The EPPO’s chief prosecutors said that without her office, which started operations in 2021, the cross-border investigation needed to uncover the scheme “likely would never have taken place”.

So far, 22 of the EU’s 27 member countries participate in the EPPO.

Hungary, Poland, and Sweden have declined to join it, while Denmark and Ireland have opt-outs from EU-wide rules on justice matters.

It was first implemented in France in 1954 and has since spread to all OECD nations except the US, where several states use a sales tax instead.