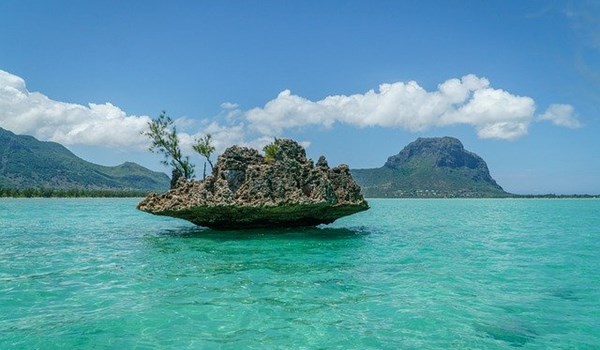 As published on financialexpress.com, Thursday 17 November, 2022.

Hong Kong-based entities that put money into India may take an alternative route to invest into the country if a double taxation avoidance agreement (DTAA) between Mauritius and Hong Kong comes through.

A communique released last week by the Financial Services Commission, Mauritius, said a DTAA between the two countries was signed on September 14 in Mauritius and November 7 in Hong Kong. The DTAA, which seeks to eliminate double taxation of income generated through cross-border transactions and provide greater tax certainty to investors, will enter into force after the completion of internal ratification procedures. The agreement will encourage cross-border investment flows and enhance bilateral cooperation in tax matters.

Once ratified, the agreement may encourage HK-based entities investing into India to route their investments through Mauritius through a master feeder structure, according to people in the know.

Currently, a fund based out of Hong Kong investing into India through the FPI or FDI route does not get any kind of tax incentive. Under the India-Mauritius tax treaty, interest income is taxed at 7.5% and dividend is taxed at 5%. The capital gains tax on debt and derivatives investment, however, is exempt from tax. So, funds set up for debt or derivatives investments into India stand to benefit from an M-F structure.

In 2020, a number of foreign portfolio investors from HK were reportedly looking to move their assets to Tokyo, given the anti-China sentiment and China’s imposition of national security law.

“The comprehensive double taxation avoidance agreement provides favourable tax treatment for HK residents investing in Mauritius by way of exemption for dividends, and to interest and capital gains, subject to reasonable conditions. This could pave the way for HK companies’ investment in India through Mauritius as a jurisdiction and HK-Mauritius master-feeder structures could be closely considered,” Yashesh Ashar, partner, Bhuta Shah & Co, said.

The DTAA fully complies with the test of Base Erosion and Profit Shifting minimum standards, thereby providing greater tax certainty to the investors from Mauritius and Honk Kong. “It would be interesting to see if the DTAA applies to the pooling vehicles domiciled in Mauritius and Hong Kong but owned by foreign residents, in which case a master feeder structure would fit perfectly for India-bound investments from these countries,” said Neha Malviya, chief growth officer, SuperNAV, a fund accounting firm.

Mauritius has been over the last few years actively positioning Africa to the Chinese investors, though there are no known instances of existing master feeder structures between the two jurisdictions, according to experts. Entities wanting to take advantage of the DTAA will need to have some kind of presence in Hong Kong and Mauritius in order to avoid the general anti-avoidance rules (GAAR) being invoked by the tax department.

“Funds investing through Mauritius will have to cross the threshold of GAAR. This is especially so in master feeder structures where the master fund is being set up in Mauritius primarily to take advantage of capital gains tax exemption on gains arising on non equity sales,” said Parul Jain, head of fund formation, Nishith Desai Associates.

The Indian regulators may add a further layer of scrutiny on investments by these vehicles due to issues pertaining to China. Authorised dealer (AD) banks now take an undertaking that not more than 10% of investment from a particular fund is being subscribed to by Chinese investors on a look-through basis.

This problem can directly impact HK funds and be partly resolved by channelling part of the money through Mauritius.

“Caution should be exercised for Chinese investments into India through such feeder structures pursuant to the government notification of 2020 requiring specific approval for FDI from countries sharing borders with India which should be applicable to HK as well,” Ashar said.

There are 142 FPIs from Hong Kong registered in India. The region ranked number 14 in terms of foreign direct investment (FDI) for the quarter ended June 2022, with an inflow of Rs 29,117 crore. Debt investments into India (from all jurisdictions) through the FPI and FDI route totalled about Rs 4 trillion for October, data from NSDL showed.