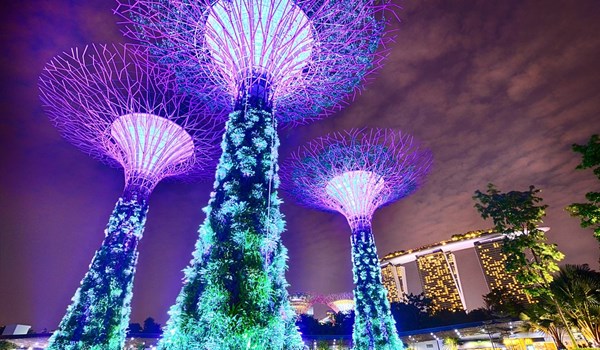 As published on reuters.com, Thursday 6 October, 2022.

Wealthy mainland Chinese have been the top foreign buyers of expensive private properties in Singapore this year as the city-state reaps the benefits of post-pandemic reopening and a relatively strong currency, despite tax increases.

Mainland Chinese buyers accounted for about one-fifth of the 425 luxury units - defined as costing more than S$5 million ($3.52 million)- sold from January to August this year. This was followed by 34 units bought by Americans and 28 units by Indonesians.

Singapore has long been a magnet for the mega-rich, wooed by the Southeast-Asian city-state's stable politics, strong currency, and reputation as a safe haven to park assets, analysts said. Singapore's property prices have also tended to accelerate gradually, with few booms and wild busts seen in other popular markets.

Meanwhile, China is facing a property crisis, with slumping sales and developers defaulting on debts, and consumer confidence has been soured by repeated COVID-19 lockdowns.

All in, the number of luxury units sold to foreigners in Singapore in the first eight months of this year - including those with permanent residency - has outpaced the 282 in the same period in pre-pandemic 2019 and the 322 in 2018.

The data, from the Urban Redevelopment Authority and property consultancy OrangeTee & Tie, show that Singapore property remains popular among foreigners despite the government raising taxes for purchases last December.

In a bid to cool the private property market, stamp duties for foreigners without permanent residency were raised from 20% to 30%.

Still, 143 luxury apartments were sold to these foreigners from January to August this year - higher than the 136 during the same period in pre-pandemic 2019.

In a bulk purchase in June, one Chinese tycoon splurged over S$85 million on 20 new units in central Singapore, while another Chinese buyer snapped up four units for around S$60 million.

Singapore has also been actively wooing the ultra rich, giving tax incentives to family offices -- entities created by wealthy families to manage their money -- and issuing visas to those earning more than S$30,000 a month.

The number of family offices increased from 400 at the end of 2020 to 700 last year. High profile ones include billionaire Liang Xinjun, formerly the co-founder of China investment firm Fosun International.

Nicholas Mak, head of research and consultancy at ERA Realty Network, said mainland Chinese and Malaysians were the two biggest buyers of Singapore property before the pandemic.

Professor Sing Tien Foo, who analyses real estate at the National University of Singapore, said the 30% tax was "a lot of money" to the average buyer but merely "part of the transaction costs" for the ultra rich.

The Singapore dollar with its history of being a stable currency also encourages foreigners to park assets in Singapore, said Mak.

"When you invest in foreign assets, you want to make sure that the currency doesn't depreciate 30% when you want to exit," he said.

Since Singapore progressively opened its borders from last year, there has been a flood of relocations to the country including from Hong Kong, where COVID restrictions were still tight. This has driven up home rental and purchase prices. Even government subsidised flats on the resale market are passing the million dollar mark.

Home rents have risen to a seven-year high in Singapore, already one of the world's most expensive cities, even though its population has dipped in the past two years.