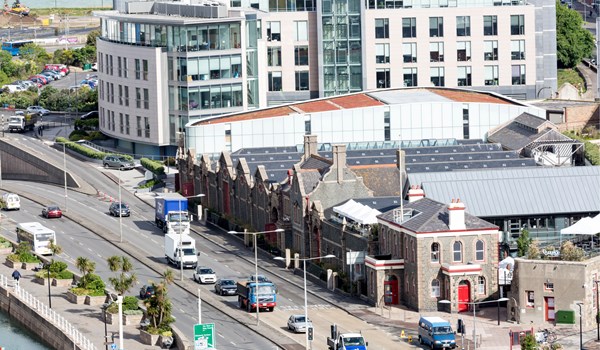 As published on jerseyeveningpost.com, Thursday 28 January, 2021.

Joe Moynihan dismissed claims made in the EU Parliament last week that Jersey should be placed on a list of non-cooperative tax jurisdictions and reiterated that the finance industry was well regulated.

The EU Parliament passed a motion calling for stricter enforcement of its ‘blacklist’ of non-cooperative tax jurisdictions, including by immediately adding jurisdictions with 0% corporation tax, which could include Jersey, to it.

Jersey was singled out during the debate and labelled a ‘tax haven’ by Dutch MEP Paul Tang, the author of the resolution.

A final decision on which countries are added to the blacklist will be made by the EU Council, which is made up of representatives from the 27 member states.

Mr Moynihan said that there were ‘no grounds’ to blacklist the Island and that it was not a ‘tax haven’.

‘Jersey is a leader when it comes to tax compliance, co-operation and transparency, something that has been verified time and again by bodies including the OECD, the FATF and indeed the EU, so there would be no grounds for any blacklisting by the EU Parliament,’ he said.

‘Jersey is not a tax haven. Jersey is one of the best-regulated international finance centres – we have been acknowledged by independent assessments from some of the world’s leading bodies, including the World Bank and IMF, as well as scoring top marks from the OECD on tax transparency.’

He added: ‘The industry will continue to work with government and the regulator in helping to ensure that both our robust regulatory regime and our commitment to tax transparency and co-operation with tax authorities, such as those in the EU, are recognised by all key European bodies. The Channel Islands have a representative office in Brussels.’

But tax campaigner Richard Murphy of Tax Research UK, a long-time critic of the Island’s tax regime, said that he felt that Brexit had increased Jersey’s chances of being blacklisted.

‘The UK’s presence at the table meant that blacklisting, the EU code of conduct and other things which could have been used as weapons against Jersey were mitigated,’ he said.

‘Now, with the EU quite worried that the UK is threatening to effectively become a tax haven itself, then I suspect there is little goodwill for Jersey, the Crown Dependencies and Overseas Territories.’

Mr Murphy said that the EU would also be more likely to blacklist British territories, as they were no longer within the bloc.

‘The EU Parliament doesn’t always get its way. It tends to be more belligerent and gung-ho than the commission is and it signals its wishes is by passing motions,’ he said.

‘However, the parliament is a barometer of EU mood music. And at the moment tax revenues are in short supply and there’s a lack or sympathy for companies that see the opportunity to take advantage of low-tax jurisdictions.

‘They may have difficulty agreeing on whether Malta is a tax haven because Malta is a member state. But Jersey and the UK being outside means that it is much likelier Jersey will be listed.’

He added that he believed that the development could mean the Island’s ‘zero-ten’ corporate tax regime ends up ‘back on the table’ in negotiations with the EU in relation to the level playing field issue, which involves ensuring business have common rules and do not have unfair advantages.